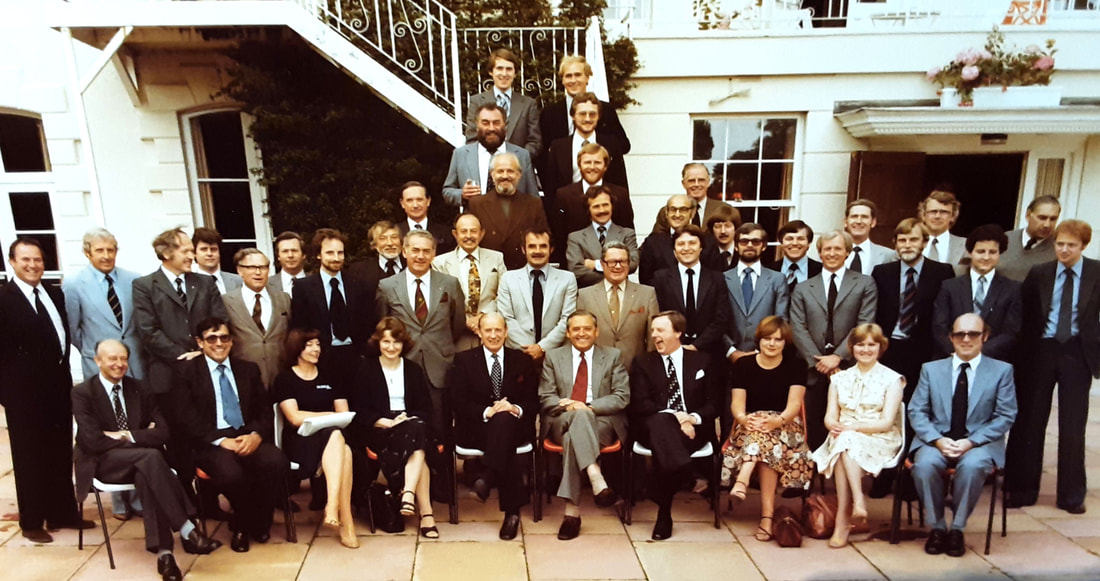 Thank you to Nigel Martin for sending this photograph and information:

The event was a two day seminar at The Avisford Park Hotel, Arundel, Sussex in 1980. A number of people including our Regional Manager Barrie Herbert were soon to retire. Stuart Howell is caught laughing as a small dog attacked the photographer. Richard Whitehouse did not attend saying: "I don't play the provinces!"

As to how many of us are still around to queue at the pumps I have no idea, though it's  sad to note that two of my younger friends have died; Richard Weston in 2002 and Andy Laird in 2021.
© SMBP 44 Association 2022