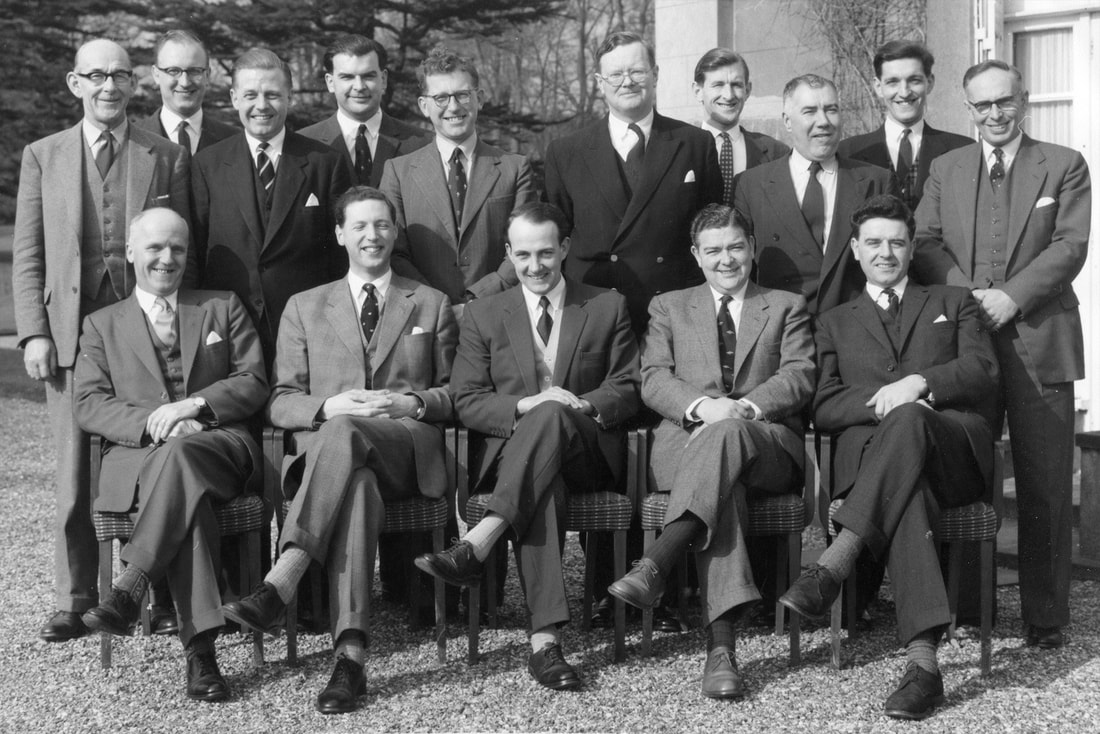 The information on the list below was on the back of this photograph. I suspect the date was 1960 ish? The names just seem to be in alphabetical order so, apart from the four people mentioned, I don't know who is who.

Edgar Emmerson – fifth from the left of those standing. At the time of the photograph he was at Jarrow Terminal. He moved to the new Bishopbriggs Terminal as Manager in the late 60s and was Group Terminal Manager in Scotland when he retired. Sadly he passed away in 2012.

Neil Gilmour – back row, far right. Neil was in Trade Relations before joining H and A. He and Maurice Husbands were both AD Development Supervisors in the 60s. After McKinsey he was AD Op's man in Bristol. Brand Separation - BP in Bristol. BP after Brand Separation. Sadly Neil died about 20 years ago.

Derek Edmonds – middle row, 2nd from left. Derek started with SMBP in Midland Division in 1955/56 just after the Suez crisis. Many thanks to Nick Edmonds, Derek's son, for identifying him.

​Ben Hurley – 4th from the left on the back row. Thank you to Chris Sloan for the identification.

If you know who any of the other people in the photograph are please contact Elaine. 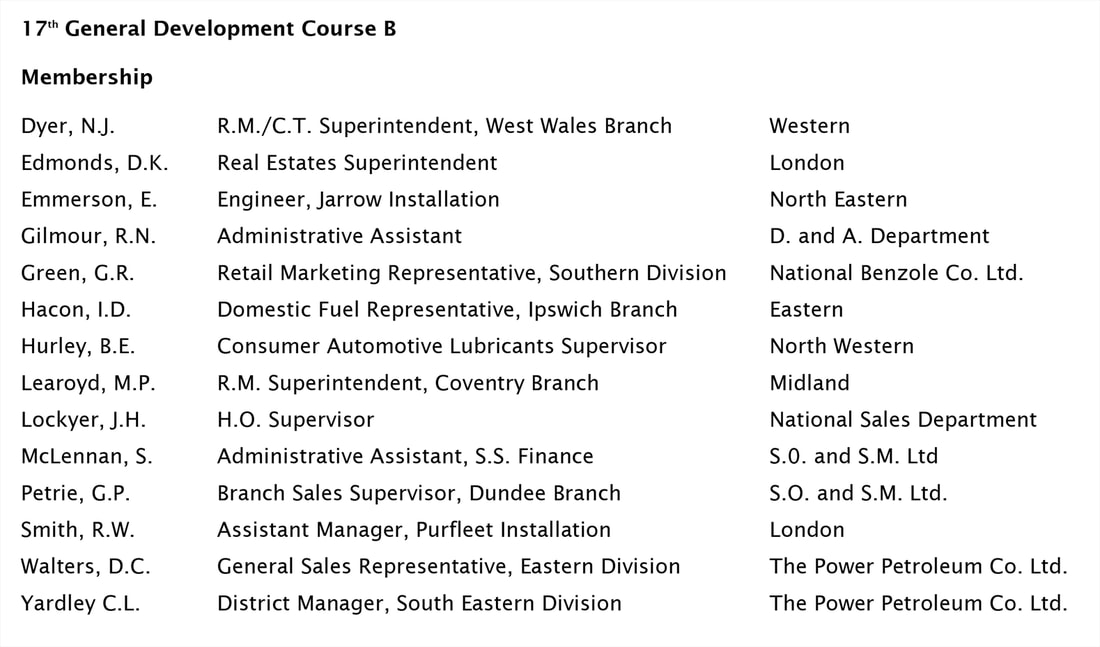